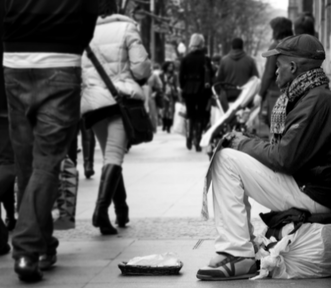 December 22, 2021
Luke 1:57-66​
​written by Bill Buchanan
Bill Buchanan is Executive Director of Youth Mission Co.
To engage your youth in discussions of privilege and hearing voices of the marginalized, check out our year long Journey of Justice curriculum!

“The most beautiful thing we can experience is the mysterious. It is the source of all true art and all science. He to whom this emotion is a stranger, who can no longer pause to wonder and stand rapt in awe, is as good as dead: his eyes are closed.” ― Albert Einstein

As a person who checks off a lot of privilege boxes in this culture (white, male, cisgendered, formally educated, etc) I have come to understand that in most rooms that I enter, the conversation happening there is typically open to me and people are inclined to hear what I have to say.  In this text, there is a patriarchal norm that the father (Zechariah) has the final authority to name their son, even though Elizabeth already told them what they wanted to name him!  Previously, God had made Zechariah unable to speak until the child was officially named John.  When the big moment arrives, Zechariah follows God’s instructions and tells the temple leaders, essentially, “It’s just what Elizabeth already told you.”

It seems to me that there are a lot of situations in our society where those with less social privileges are telling it like it is, and yet authorities still look to the more privileged for the answers.  As people who are living with social privileges, we can support our siblings who are less privileged by handing the microphone over to them, deferring to their thoughts and opinions, and basically saying, “It’s just like they already told you.”  Some might call it leveraging privilege.  I think of it as redirecting it.  By doing so, we can participate in changing those norms and giving everyone equal access to voice and impact on their community and their own lives.

Questions:
What are the privileges that you have available to you in your community?
​How can you redirect your privilege in ways that give more voice and influence to folks who have been traditionally marginalized or unheard?

To learn more about our available resources, visit our website.
Support Us